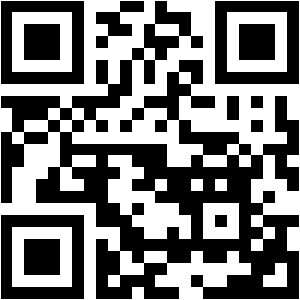 Arbor Day is one of the days of the year when people are encouraged to plant seedlings. This day is usually in the last days of winter or the first days of spring. In Iran, Natural Resources Week is set from March 5 to 12 (March 6 each year) to commemorate plants. This day was first established by Julius Sterling Morton of Nebraska on April 10, 1872, and later moved to the United States on Arbor Day, the fourth Friday in April. Arbor Day is celebrated in many countries.

Scanning a bunch of trees

In most parts of the world, tree planting day is planned and held by non-governmental organizations (NGOs) and grassroots groups. In Iran, the largest and most popular tree planting movement is the “a bunch of trees” movement. This scan has planted 8 million seedlings in two years. A bunch of trees in Esfand 95 with a new idea project enabled people in cyberspace to create a personal poster in support of Pooyesh using a telegram robot, and by publishing it on Instagram, 10 saplings will help this scan. This project has been very well received and will become the largest Persian language scan and one of the largest scans in the world.

The tree, the green spirit of life

It is not true that trees are said to spring with a single flower. The presence of each tree causes purity of air, beauty of the environment and peace of mind. Trees should be called the green spirit of life. In addition to clean air, trees play a very important role in stabilizing and strengthening the soil, as well as protecting it from the effects of floods, as well as meeting the nutritional needs of organisms. Green space is a factor in reducing psychological stress and can have a great impact on reducing the effects of environmental pollutants.

Today, in scientific circles and prestigious academic societies of the world, the forest is called “the bed and foundation of life”; Because this divine phenomenon in purifying the climate, providing more than sixty percent of the world’s oxygen consumption, groundwater storage, preventing water and wind erosion, increasing rainfall, adjusting the ambient temperature, playing the role of the lungs in the respiratory system of cities, Eliminating germs, ensuring the health of the human soul and psyche, providing favorable conditions for recreation and recreation, creating a field of imagination and thinking for artists, controlling the sun’s rays, the durability and consistency of wildlife, etc. have a very important, vital and fundamental role. .

On the other hand, the occurrence of severe floods and the transformation of the rain of mercy into the rain of hardship and calamity, the decline of groundwater levels, premature filling of dam reservoirs with soil and other alluvial sediments, adverse climate change, desertification and desertification in Extensive levels, loss of favorable conditions of human environment, endangerment of wildlife, etc., are the consequences of the destruction of forests and pastures of the country that the risk of extinction should be taken seriously and in the way of its development and expansion from no Do not hesitate to try.

A legacy for the future

The fact is that without the protection of water resources, soil, vegetation and their optimal use, sustainable development and reliable production in agriculture can not be achieved. Agricultural development, which is done in order to produce more food and income and create jobs, is a way to sustain food production and conserve natural resources. Unfortunately, at present, renewable resources such as water, soil, forests and pastures are undergoing a process of non-renewal or their renewal is more than one generation and several generations. Therefore, if we believe that natural resources are the bedrock of agriculture and even the bedrock of life, then the cooperation and coordination of all government agencies and private exploiters and all segments of the people must be expressed within the framework of national determination. It is not possible. The natural resources of any society are the God-given wealth of that society, which does not belong only to the present generation, but is a legacy that must remain for the future. If we want to have a better future, we must work harder to preserve, revitalize and develop these resources. Otherwise, the world to come will be a world polluted and uninhabitable with poverty, hunger and the environment.